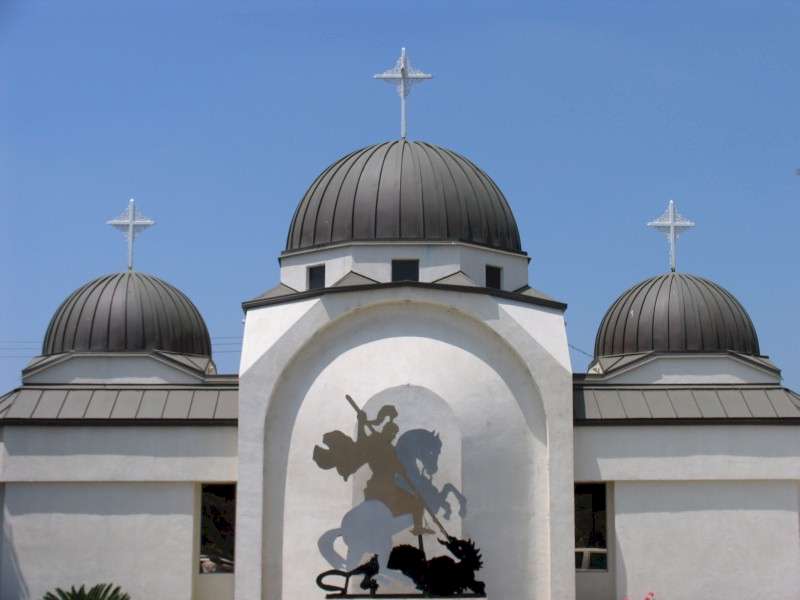 Saint George Coptic Orthodox Church was established in 1979 to serve Copts who settled in the southern part of Los Angeles County. His Grace Bishop Dioscorus and the congregation purchased a church building in Bellflower in May 1980. His Holiness Pope Shenouda III assigned Hegumen Father Abrahim Aziz Gindi to serve the parish from the same date.

Father Bishoy Brownfield was ordained in 1988 to assist with the English-speaking youth; he served in the church until approximately 2004. Father Mauritius Mikhail began his service in the parish in September 1996 while Father Essac Milad Androus was ordained in 2004.

In 1996,a fire damaged the church and it was rebuilt in 1998. In addition, the church purchased several properties around the church in 1989 and offered one of them to the His Holiness Pope Shenouda III Theological Seminary. The remaining houses are used for Sunday School classes, senior citizens’ activities, and other services.

In 2002, the current iconostasis was completed with icons from the late master of Neo-Coptic icons, Dr. Isaac Fanous.

In October 2005, the church celebrated its 25th anniversary.