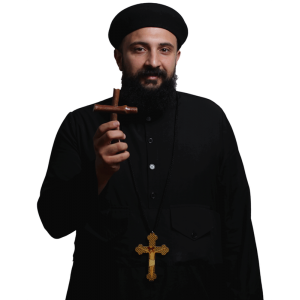 Father Lazarus was born and raised in Southern California.

He holds a Masters Degree in Clinical Psychology with an emphasis in Marriage and Family Therapy from Azusa Pacific University.

Prior to his consecration and ordination, he worked as a journalist in Los Angeles, CA and as a Mental Health Clinician in Southern New Jersey and Philadelphia from 2001-2008.

Most recently. His Eminence Metropolitan Serapion assigned him to serve at Christ the Good Shepherd Church in Long Beach.