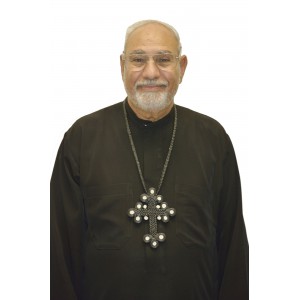 Archdeacon Efrayem was born in Hurghada, Egypt on November 9, 1941.

He graduated from the Faculty of Science at Ain Shams University in 1965 and worked as a geologist at the Institute for Bridges and Roads prior to emigrating to the United States in 1973. He received a Masters Degree in Environmental Science and Civil Engineering and worked for the County of Los Angeles, City of Los Angeles, and South Coast Air Quality Management for five years. Later, he worked as a Civil Engineer at the Department of Water and Power for 25 years.

On December 8, 2013, He was ordained an archdeacon by His Grace Bishop Serapion and assigned to serve at Holy Virgin Mary Church in Los Angeles.