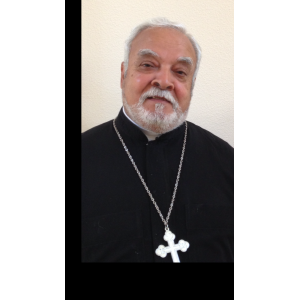 Archdeacon Botros Botros was born on April 30, 1944 in Egypt.

He worked as an Assistant Professor of Pharmaceutical Chemistry at the National Center of Research in Cairo prior to coming to the United States where he established several successful pharmacies and business.

On April 27, 2013, His Grace Bishop Serapion laid hands upon and ordained him as an archdeacon to serve at St. Marina Church in Irvine.