LOS ANGELES, July 11, 2013 – The Bishop of the Coptic Orthodox Diocese of Los Angeles, His Grace, Bishop Serapion, along with local Muslim Public Affairs Council (MPAC) leader Dr. Hathoot Salam, were presented with a certificate of acknowledgement from the City of Los Angeles Human Rights Commission (CLAHRC), at the Annual Iftar dinner (July 10, 2013), highlighting His Grace’s promotion of peace, love and dignity.

Mayor Eric Garcetti and the CLAHRC hosted an inter-faith dinner aimed “to strengthen interfaith relations…within our pluralistic society. It is also an opportunity to highlight interfaith work and shed light on the significance of faith based efforts.”

“We thank the Human Relations Commission for their hard work and we recognize the need to have a productive dialogue with one another.” commented Bishop Serapion.

Bishop Serapion addressed the attendees of the dinner and commented on the growing relationships that the Commission has helped cultivate, saying ‘Fasting is integral to many religions…we share a common purpose in which we fast for reconciliation through peace and charitable deeds.”

Following the event, Bishop Serapion responded directly to the Mayor with a letter of thanks and encouragement on behalf of the Coptic Christian Community in Los Angeles and the surrounding communities on the enhancement of societal improvements regarding inter-faith peace and relations.

The Coptic Orthodox Church of Alexandria is the largest Christian Church in Egypt and the Middle East. The Church was founded by St. Mark the Evangelist and Apostle in 42 A.D. Today, Coptic Christians are led by His Holiness Pope Tawadrous II, and make up about 10-15 percent of Egypt’s population.

Continuous persecution of Egypt’s Christian population paved the way for a Coptic Diaspora throughout the world, with a great number finding refuge in the United States where Christians are given the same opportunities and freedoms as everyone else.

Today, the Coptic Orthodox Diocese of Los Angeles serves to create strong ties with the community at large and improve relations with other churches and faiths, while still preserving and sharing the Church’s rich and ancient heritage. 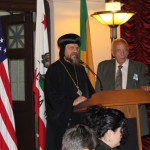 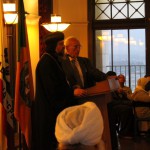 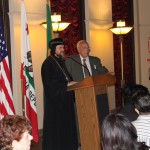 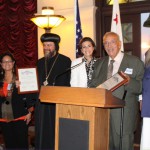 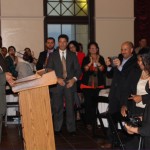 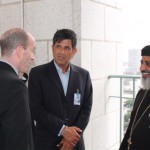 For more information or for interview requests, contact PR@LACopts.org

To the Blessed Clergy and Congregations of the Diocese of Los Angeles, Southern California, and Hawaii, Greetings in the Lord!...

END_OF_DOCUMENT_TOKEN_TO_BE_REPLACED

In Celebration of Juneteenth

Today, we the Coptic Orthodox faithful celebrate the 155th observance of Juneteenth and lift our voices to emphatically...

END_OF_DOCUMENT_TOKEN_TO_BE_REPLACED

In the aftermath of the recent events affecting the Coptic Orthodox Monastery known as Deir El-Sultan in Jerusalem, His...

END_OF_DOCUMENT_TOKEN_TO_BE_REPLACED

His Eminence Metropolitan Serapion has issued an announcement to all of the clergy and laity of the Diocese concerning the...

END_OF_DOCUMENT_TOKEN_TO_BE_REPLACED

A Message from His Eminence Metropolitan Serapion: A Year of Growth and a Bright Future

Dear Friends of ACTS, Greetings in the Lord! As the 2017-2018 academic year comes to a close, and our graduating class...