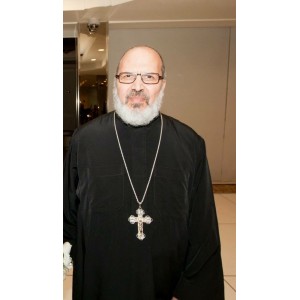 Archdeacon Arsanious Wissa was born on August 03, 1944 in Assiut, Egypt.

In 1965, he received a degree in Food Hygiene and Preventive Social Medicine from the Health Institute in Egypt. He then worked with the Ministry of Public Health in Assiut until 1983 as a food inspector before emigrating to the United States. In 1992, he earned a diploma from the National Education Center for Optometry.

In 1983, he began serving as a deacon at St. Mina Church in Riverside. Prior to that, he served in Sunday School and Bible Study in Assiut.